AGNOSTICISM, ATHEISM, AND THE QUESTION OF ABSENCE OF EVIDENCE 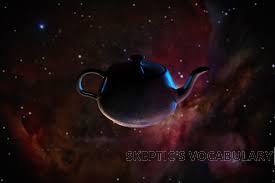 Following and seeking evidence is a recent phenomenon-because we now have the means to seek evidence. In the ancient and medieval times, evidence was limited to what people sensed with their immediate senses. In those times, the best recourse was to resort to speculations; and ‘generate’ reason to believe in speculation. Modern science developed in a different trajectory, and sort evidence and detailed methodology in establishing a speculation. Science developed from the speculating tendencies of ancient and medieval philosophers when Robert Boyle and others founded ‘experimental philosophy’ in the 17th century. 'Experimental philosophy' tried to establish ‘knowledge’ based on evidence and ‘matter of fact’. The initial ‘scientist’ ( or more correctly ‘experimental and natural philosophers’) were all God-fearing Church followers. They couldn't afford anything further-because science and empirically established facts were marginal and the 'facts' explained were far less than facts 'unexplained'. ‘God’ and theology provided easy explanation to all those things that were inexplicable. Indeed, Boyle’s ‘experimental philosophy’ developed under the tutelage of Church. In fact, University like the Oxford was primarily meant to ‘teach’ the clergy. In all those period of time, it was impossible to defend atheism or agnosticism.

But as ‘experimental philosophy’ evolved and ‘Science’ emerged, increasingly more and more ‘reasons’ that sustained belief of ‘God’ was displaced. Darwin’s theory of evolution takes the most prominent place in this body of evidence that broke the back of ‘theism’. Now the accumulating evidence in favour of evolution from genetic and palaeontology is so overwhelming that it is a ‘fact’ that is almost indisputable.

The confidence in the ‘evidence generating capacity’ of science is what consolidated agnosticism in a big way in modern times. That’s why increasingly more and more people embrace agnosticism  in nations where science has evolved and are in advanced state.

Science in its conception maintains a position of agnosticism. Its implies that while absence of evidence is not the evidence of absence ( of something), you require extraordinary evidence to substantiate an extraordinary claim. The existence of God and fairies and demons are one such claim.

Atheism, on the contrary, is a position that explicitly state about the absence of something (say deity). It is metaphysical position. Metaphysics comments on the ‘nature of things’, while agnosticism comments on the nature of knowledge. Agnosticism is an epistemological (epistemology is the theory of limitation and validity of knowledge) position stating the limitation of ways of knowing things, and absence of alternative ways of knowing (refuting the claims of others who claim that they know more than the rest of the people by means not accessible to all). It does not comment on the nature of things, but on the nature of perceiving things.

While agnosticism is perfectly defensible, atheism is not. But strong agnosticism is almost the equivalent of atheism. The only thing is that it does not state it explicitly. It rather state the extraordinary nature of the claim ( of God) and absence of appropriate ( extraordinary) evidence. New Atheism, propounded by the likes of Richard Dawkins and Sam Harris, however, state that 'absence of evidence is the evidence of absence' in the context of God, because given the phenomenon attributed to God, it is very unlikely that it do not leave evidence of itself. At least  for the personal gods of Semitic religions this is true. It is conceived as an omnipresent and powerful entity that it is highly unlikely that it will not leave its footprints for  validation by the routine tools of science. That this is not the case is the evidence that absence of evidence is the evidence of absence.