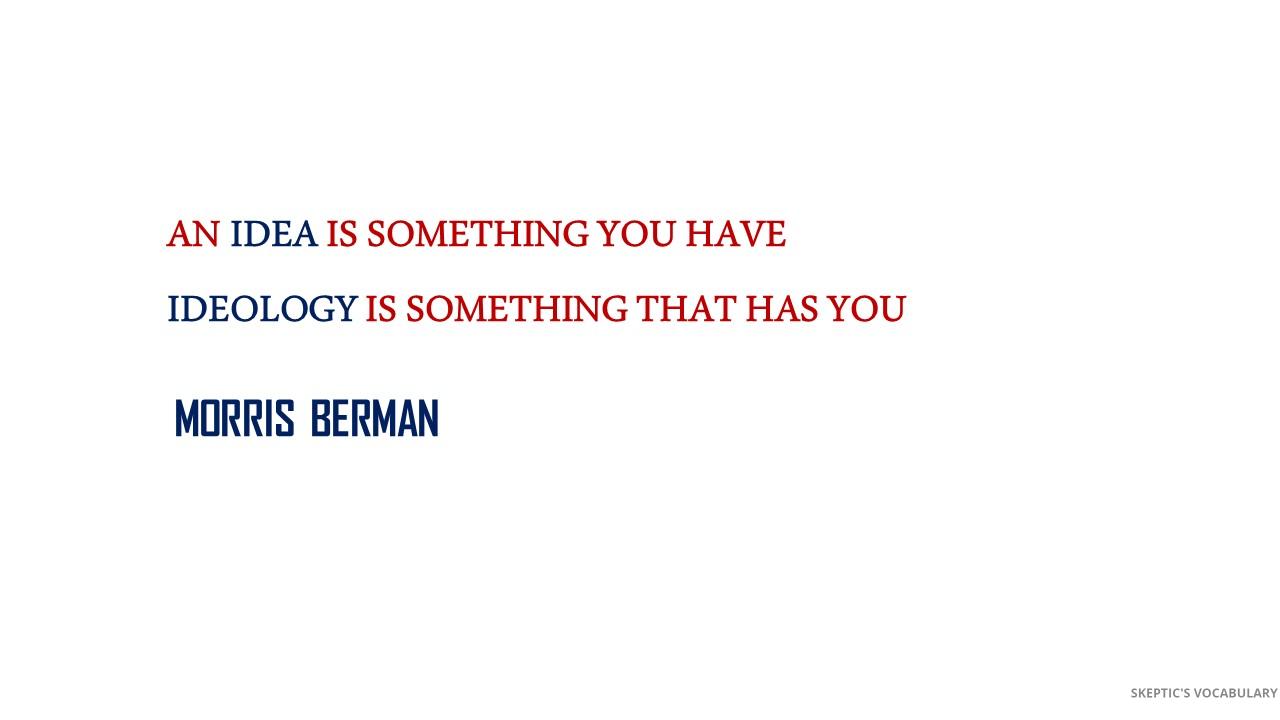 Ideology driven opinion is fundamentally different from Evidence driven opinion. For the sake of this article, I would term them as IBO ( Ideology Based Opinion) and EBO ( Evidence Based Opinion). It is important to distinguish these two patterns of opinion making when we engage in any meaningful debate. It is also important to identify individuals who consistently maintain IBO, because of two reasons: No meaningful debate or exchange of conclusions can be achieved if the debate is between two IBO positions or IBO persons. A sociological and psychological profiling of the individuals is important before such a debate is initiated. These nuances need to be understood before concluding the outcome of a debate. This is important because achieving consensus is critically important is achieving ‘peace’ and ‘efficiency’ in civil society.

Generally, the opinions made by political party spokespersons, religious leaders, and diplomats are mostly ideology-based opinion. Here a given fact is tailored to suit the ideological disposition of the opinion makers. While these individuals are supposed to maintain IBO as part of their profession,  a journalist, a scientist, a historian or a social commentator ought to  make evidence based opinion. But most often than not, this is not the case- many of the commentaries are driven by hidden ideological considerations. This vitiates the environment of debate and makes dialogue meaningless. Such scenarios unfold grotesquely in the interfaces of many intractable conflicts, while it brews indolently in many other forms of apparently futile debates.

The fundamental difference between IBO and EBO is that EBO changes over time, while IBO does not. As evidence generally change over time, the scope and depth of EBO change over time. All scientific statements are supposed to be evidence driven opinion. They are ‘true’ only for a given moment of time, based on the synthesis of the best available evidence at that point of time. As new evidence emerges, the opinion and positions change. While there may be skeptical resistance1 for such change at different period of time, by and large, the consensus generation in science is based on facts.  Statements in science are not ‘truth statements’, but consensus statements of best available information at a given point of time. This consideration for understanding the nature of statements in science- the most successful enterprise that man has ever built- is important to follow the difference between IBO and EBO.

IBO generally talks of ‘truths’ and inviolable positions. This may be religious dictates or masked interests of the concerned parties. These interested parties employ individuals who are good at using language to ‘construe’ facts to their predefined ‘truths’. On the contrary, people who tend to maintain EBO are not sure of themselves. They make tentative statements based on the available information at that moment of time.  As there is fundamental issue with our evidence gathering process, evidence at any moment of time is always provisional. Therefore, people who tend to maintain EBO do not make fundamentalist arguments.

EBO making is not an easy position to gain or maintain. It requires years of retraining to achieve the mental sanity for making EBO. This is because human moral landscape is full of bias that are based on biological, social and cultural disposition. Social psychologist Jonathan Haidt discusses the divide on social and political issues as fundamental to the way human perceives things on five standards: Harm/care , fairness/reciprocity, ingroup loyalty/tribalism/territorial sense, authority/respect/deference, purity/sanctity. Haidt's analysis of his massive database of cross-cultural comparison found that ideological difference between on social and political issues is based on variations by which people grade these five standards of morality. For instance, liberals have high grading of harm/care and fairness/reciprocity standards, while social conservatives  have higher grading for authority, ingroup loyalty and purity/sanctity standards. Libertarians- free economy champions- are like liberals on most standards like ingroup loyality and purity/sanctity, but are low on indicies that signify compassion – the standards of harm/care and fairness/reciprocity. This induce them to make socially insensitive ( low on fair/reciprocity standards), but economically liberal point of view. The Left-wing liberals, on the other hand, make socially progressive , but economically regressive ideas that many a times runs contrary to prevailing evidence on the nature of economic progress. In Haidt's study this phenomenon was consistent across cultures. Because of this divide, liberals have difficulty in understanding conservative and libertarians and vice versa. They maintain their position ‘righteous’ and steadfastly argue it out. Logical fallacies, counter knowledge and the slipperiness of languages of common use for logical reasoning afford them to maintain their view point.

EBO can make very limited inroads when people maintain higher rating of in-group loyalty and purity/sanctity standards. These are inviolable positions, and cannot be ‘argued’ out. In the same way, people who have low grading of harm/care and fairness/reciprocity standards cannot be made to impress upon the importance of maintaining the social and political goals of fairness and justice.

The best bet in this context is to start training in EBO making techniques from an early period itself. This necessarily involves training students in EBO in the primary and high school curriculum. It also should involve avoiding curriculum that explicitly promote lessons that incorporate territorial behavior and non-evidence based ideas of purity/sanctity. At the adult level, this involve peer group discussions that promote contrarian arguments that validate EBO stances, and demonstrate its long-term utility. Unless this is done the divide that is maintained by IBO would be irreconcilable, and dialogues and debates ultimately futile.