THE SOCIAL CONTRACT AND THE FOUNDATION OF MORALITY 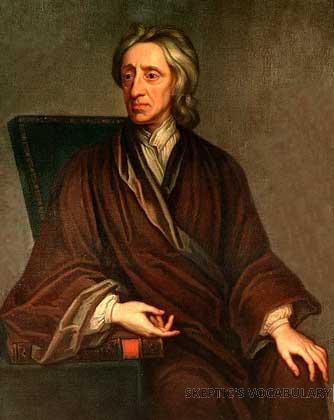 The concept of social contract was developed by a number of western thinkers. The foremost of them are the 17th century English philosophers Thomas Hobbes and John Locke, and 18th century Swiss-French philosopher Jean-Jacques  Rousseau. In 20th century, the American philosopher John Rawls expanded it to develop a theory of justice.

In my exposition of the concept, I won’t be referencing these thinkers, but would be giving an independent interpretation of the theme. I think this is important, as social contract is a principle ‘intuitively’ understood by all rational human beings, and you just need an illustration to show how it works. These concepts are so robust, that any of you can independently reach at the same conclusion if you give these ideas an unbiased treatment.

We all know that man is a social animal and without our community, man cannot for practical purpose make a living in the wild. We do not have the brute force of a tiger or a tusker to make it alone. We owe to the society for our security, for our division of labor, for our specialization of labor, and for our luxury of free time. If one of us choose to live alone, he need not have to respect any law or follow any moral code. He can do whatever he wishes to do. He can murder his father, rape his sister or cannibalize his brother. Nothing stops him. But if he chose to be part of the society, he cannot do that.

Essentially, when a man chose to be part of a community, he submits a part of his ‘freedom’ to the community, in return the protection and security the society implicitly promises. My submission of my freedom for the reciprocal security of myself and my family is the  implied contract we engage with the society. Social contract bars you from stealing, from killing your kin, from raping your sister or from telling lies.

Religion for historical reason formalized the lesser transgressions as morals and attached social restraint on these. Taboos developed as social restraint imposed by the social agency like religion. Here, we need to understand it is not religion which is the source of moral codes, but the social contract. Religion just happened to there as an agency through which principles of social contract is imposed.

Even if religion was not there, the principles of social contract would have imposed moral restrictions. An agnostics or atheist also follow moral principles.  The source of moral norms is human rationality that informs an individual that he is living in a society and that he has to follow the principles of social contract. Indeed, many religions that has developed rigid moral codes in the period of their origin find themselves increasingly anachronistic in the modern era where social circumstances as well as social and political relationships have changed.

For instance, Islam developed in a war economy where the number of women always outnumbered men because of attrition during war. Therefore, to maintain social order, Islam codified polygamy as an acceptable contact. In the modern society, however, the social and economic circumstances have changed and polygamy is considered as a undesirable contact. But Muslims cling on to the contact of polygamy stating that it was divinely laid down moral principle and cannot be changed. In the Southern Indian agrarian state of Kerala, polyandry was an accepted norm among caste communities like Nairs. In many families, children knew only about their mother; and inheritance was matriarchal- from uncle to nephew. This system is now no longer practiced. Had this practice been given ‘religious stature’ as that is given in Islam for polygamy, it would have generated unnecessary social tension. But ‘Hinduism’ being a loose cultural practice without the rigidity of Semitic religions like Judaism, Christianity or Islam, there was no vigorous conservative resistance when time-appropriate changes were effected to the moral codes.

Here we have to see two types of norms imposed by the Social Contract: soft norms that are morals and hard norms that are laws. That one should not steal, murder or rape are universally applicable norms that are time and place insensitive. Most of the society prohibit these contacts across time period. They are hard laws. Morals, on the contrary are soft norms- they have their origin in the social, economic and political circumstances of the community. They change as the social, economic and political relationship changes.

As a person brought up in a particular society, he or she knows intuitively what is acceptable and what is undesirable conducts in that particular society. If a person conducts undesirably, he will over a period of time become a social outcast; and this would eventually impair his living in the society. Rational individuals have an intuitive understanding of this concept. On the contrary, there are people who do not have these insights. There are individuals who as children were not exposed to the benefits of ‘social contract’, and therefore, do not have an allegiance to ‘social contract’. Say people who have a very broken family, children exposed to criminal environment.  These people have higher probability of disowning norms of social contract- whether it is minor infringement as moral transgressions or major infringement as criminal transgressions. Similarly, there are rare individuals who because of biological reasons do not have the faculty of rationality normal human being possess, irrespective of the social circumstances of their upbringings.  These individuals exist irrespective of being religious or not.  As the American theoretical physicist Steven Weinberg said, evil exist whether religion is there or not. But religion make good people commit evil things. This is precisely because religion is an outdated agency promoting principles of social contract from the social circumstances of its origin.