THE INTRIGUES OF THE DELHI DURBAR 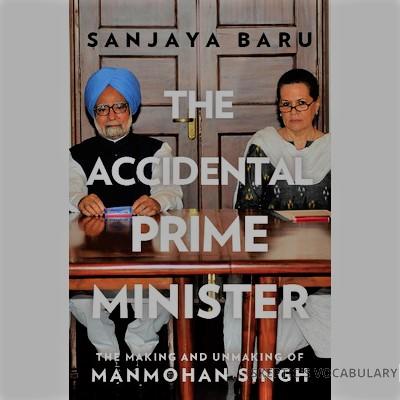 The Accidental Prime Minister is a peep into the intrigues and tribulation of work in the high offices of Delhi. The book has been marred with controversy regarding the timing of its launch in the rundown to the Indian Union general elections of May 2014. The then prime minister’s office had issued a statement that the book amounted to misuse of confidential information the author, Sanjay Baru, as the press secretary of the Indian Prime Minister Manmohan Singh was privy to during his tenure in the United Progressive Alliance-I (UPA I) government.

However, going by the book, Baru has tried to show Manmohan Singh is a better light throughout, except few occasions that illustrated the dilution of PM’s authority. Overall, the book appear more as a defense of the prime minister. Indeed, the widely published excerpts of Sonia Gandhi former aide in the PMO, the principal secretary Pulok Chatterjee, regularly discussing key files with the UPA chairperson, is perhaps, the only damaging instance of revelations that Baru brought about ( but this revelation is indeed damaging to the Congress Party under Sonia Gandhi facing the general election as the latter seemed to have compromised the authority of the prime minister).

Overall, the book is an insightful commentary on the complexities of coalition politics. As Baru claimed in his defense when the controversy of the inappropriate timing of the publication erupted, the author seems to have rightly kept the word of not revealing events passed to him as genuinely confidential. Thus, the book is relatively silent on many of the issues that later snowballed as major controversies like the coal block allocation scam. Also, the book does not divulge much on the Krishna Godhavari basin issue involving Reliance industries.

What the book reveals, however, is the way PM Manmohan Singh works, his relationship with Sonia Gandhi and how the PM’s inability to articulate his authority decisively lead to the events that ultimately caused the downfall of the UPA government.

The book helps one to make a perspective of the real achievements of UPA government in general and Manmohan Singh in particular. This includes the vision with which Singh carried on the economic reforms which he initiated under the tutelage of late Narasimha Rao.  It also lauds the diplomatic tightrope of opening up relationship with the US and at the same time maintaining the traditional ties with Russia and Iran. Baru eludes that in these areas Singh succeeded to a significant extend, but the front where he completely failed was to prevent the ‘enemy within’  to erode the credibility of the regimen. This includes UPA allies like Dravida Munnetra Kazhagam (DMK)  who created scenarios that engulfed and overshadowed the achievements of the UPA in the media cacophony that followed.

DMK came to UPA with an intent to practice the brand of politics all the Tamil Nadu ruling parties have successfully played:  to systematically use the vantage points of power to help the corporate to amass fortunes and as a return-favor generate revenues for their parties. A portion of the amassed wealth is run as a drizzle of soaps and favors to its ever loyal electorates. The methodology was well-tested and fool-proof. There won’t be any direct money trail, but circuitous route of front companies propped up to receive favors in kind.

MM Singh was oblivious or neglected the reputation of these parties, and was apparently more comfortable with these unscrupulous parties than the headache of the Left who was middling with his grant plans on the economy and diplomacy ( mainly ties with the US). Perhaps, he had seen realpolitik play out during the tenure of the minority government of his mentor Narasimha Rao when the money was traded to buy the votes of the Jharkhand Mukti Morcha (JMK) MPs. Singh’s stern dealing of the Left parties ( when he chose to resign over the nuclear treaty with the United states) compared with his loose accommodation of the DMK brand of politics make one think that he generally endorsed the Narasimha Rao line of running the government, making the ‘end’ of the government prevail over the means of DMK-style politics.

But the replication of Tamilnadu style politics was too calamitous for anyone to stall an avalanche. The 2G spectrum and Nira Radia tapes turned out to be so sensational that none of the congress spin doctors could prevent a negative spiral.

Effectively congratulating himself, Sanjaya Baru paints that the press-management was rudderless in the UPA-II regimen that none of the achievements of UPA government- the change in fortune with respect to relation with the United states, the Right to information (RTI) act and the Mahatma Gandhi Rural Employment Guarantee Scheme (MGNREGA) was washed away in the tsunami of scams after scams. Manmohan Singh’s inability to intervene or articulate his position proved a damage that was irredeemable.

A must read for those who are interested in the inner workings ofIndian political darbar.