ABSURDOMETRY AND THE MUSEUM OF NONSENSE 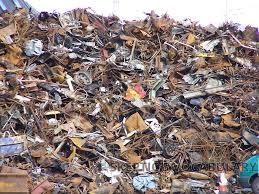 Courting absurdity and yet declaring oneself as smart and righteous is a bane we see around.  Absurdometery is a quantification of nonsense. Absurdometer is its scale.

It’s an essential toolkit of Skeptic's Vocabulary. In this page SV will curate a museum of nonsense.

As the usual suspects, you will see plenty of pontiff, evangelists and politicians here. Sometimes you will encounter few advertisements as well.

Be ready to be challenged and amazed by the man's capacity to fool oneself and deceive thousands and millions.

## Theory of evolution being demolished

##Why Saudis are correct

from the staple of Sadguru's Astrophysics

This news journalist jumped the gun to make a swoop of a whatsapp message spread immediately after the demonetisation of high value currency announcement made by Indian Prime Minister Narendra Modi on 8th of November 2016.. The message claimed that the new Rs 2000 bills had 'nanochip' installed in it that would allow satellite tracking of its 'mass storage'. Sudhir Chaudhary is known as a right-wing eulogist of the Prime Minister, and announced the whole hoax as valid news in his news channel.

## Why is women forbidden to enter Hindu temples?

The tendency of religious apologist to 'appropriate' 'scientific terms'  towards their beliefs makes the most elastic of all absurd claims. Underlying such ridiculous attempts is the delusional belief that their faith is a 'scientific religion' . Thus, they discover genetics, embryology, plastic surgery, artificial insemination, ballistic missiles, atomic bombs and supersonic jets in their religious texts.